This project is the Architect’s own new residence as a response to downsizing but also the chance to showcase an example of best practice in passive solar, energy efficient and sustainable house design. It is very much about the holistic approach to the integration of the building systems rather than just individual ‘sustainable’ items and components.

But it’s not just about the house – it’s also about the occupants, and our decision to take responsibility for our actions in choosing how we live and what impact we personally have on the planet.

After many years designing other people’s houses, here was the opportunity to design our own and incorporate all those ‘green’ issues that clients so often forgo in favour of other priorities and/or are not brave enough to try, and incorporate our lifestyle choices as part of the process.

But also, given changing weather patterns, a response to the shorter, sharper winters and hotter summers, with the decision that it was no longer necessary in this climate (Armidale, NSW) to include major heating/cooling infrastructure if the building is designed right.

The project has been frequently referred to as an ‘Art gallery with 2 bedrooms attached’ – small enough to stay forever, but large enough to cater to all our needs, including an extensive art collection. As noted above, rather than extra bedrooms for occasional visits from adult children, a gate in the fence to the nearby motel provides the extra rooms when needed, rather than building extra space that is mostly underutilised and therefore a waste of money and resources.

As the Architects’ own house it provides an opportunity to be a showcase case study, and an experiment for passive solar design, energy efficiency, and sustainability, with a focus on the holistic house/garden approach, and a chance to try out new materials, combinations etc – not needing to convince the client makes it so much easier!

ARCPANEL was an obvious choice for the roofing, with excellent thermal and spanning capabilities the 200mm Custom Panel meant that we could have the raked ceilings with clerestory windows – with the 29 degrees at the front for the PVS and solar hot water, then the 18 at the back, giving us windows into the body of the house. And there are some reasonably big spans.

ARCPANEL Custom panel R5.2 for main roof and R1.7 for deck and awnings. As a self-supporting roof system, eliminated the need for rafters, battens, ceiling linings and structure, and ceiling insulation, and was much faster in terms of labour – thus saving resources and money.

In Mahalath’s own words” Using ARCPANEL meant no big beams for supporting it; Likewise with the flying roof on the deck, which appears to float on a single narrow metal beam.

It also meant we had a major covered area to work under very early in the piece – and given the extreme heat and wet proved to be more value than we could have anticipated;

And of course the speed – waiting or ever for the roof to go on, first panel took about an hour in the middle of the day, then most of the south plane done by the end of the day, and most of the north face done by lunchtime next day.

Sparkies were here at the same time, feeding in cables so they were happy once they’d done their bit (no climbing around in tight roofs)  -though they had the advantage of a fairly detailed electrical layout beforehand as well”

Mahalath also mentioned the savings she incurred due to time factor of getting the roof on and noneed to wait for plasterers,electricians and painters to comeback and finish off ceilings.

Mahalath’s summary in her own words”The advantages of the light soaring spaces without chunky rafters or beams is a no brainer. Add to that the speed, reduction in need for additional trades, and the instantly finished ceilings makes it a great solution, especially when there are big spans and high raking ceilings. The unexpected benefit of the corrugations makes for great acoustics as well”

Mahalath’s fully sustainable dwelling also won her an award at the 2018 Sustainability awards for Single Dewlling New which was a fantastic result and achievement for Mahalath and Joc. ARCPANEL congratulates you both on such an exceptional design which promotes sustainable living.

Need help with any of our products? 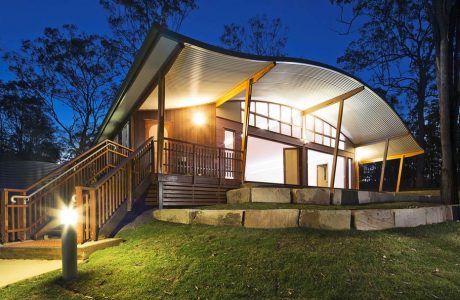 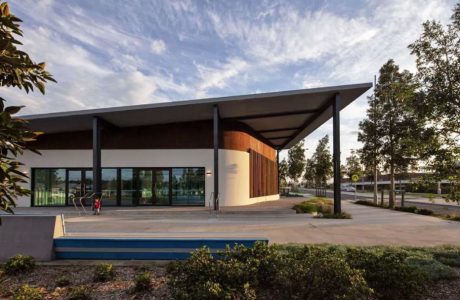 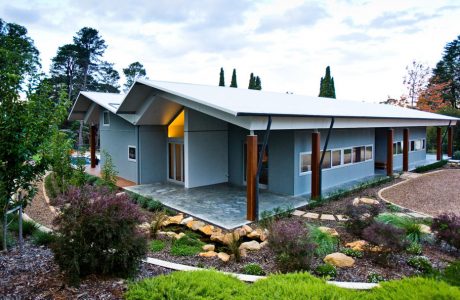 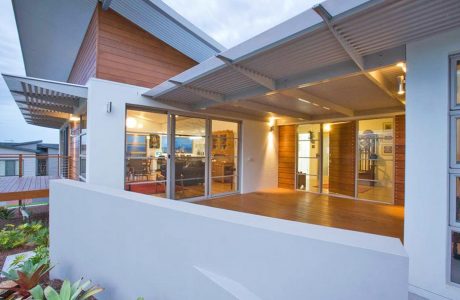